Home » News » A New and United Ireland is Within Reach

A New and United Ireland is Within Reach 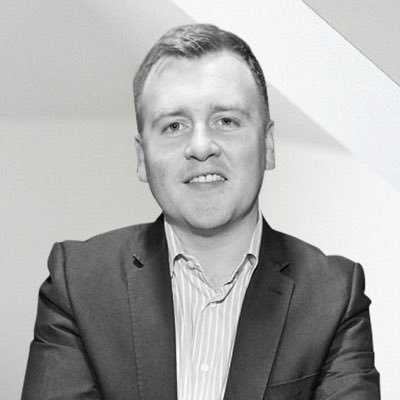 The debate on a united Ireland is gaining unprecedented momentum. New initiatives and projects are appearing regularly, and much detailed work has already been completed.

People are not waiting around for governments; they are getting on it. As an organization dedicated to achieving constitutional change, this is heartening to watch. No one needs permission to join this conversation, and all continue to be warmly welcome.

Those engaged in this debate stretch far beyond traditional stereotypes and caricatures. To a rising generation in Ireland, reunification is the logical outcome of progressive movements working across our shared island for a better future for everyone.

They know that the evidence is clear: we will be better off in new arrangements on this island. A new and united Ireland will benefit everyone. The old arguments against change are falling away, a process accelerated by rancid post-Brexit politics, with the option of re-entry to the EU adding a novel pluralist and transnational dimension.

We in Ireland’s Future are motivated by a shared responsibility to promote dialogue, and we are intensifying our efforts and preparations.

Our all-Ireland public meetings demonstrate the enormous appetite for engagement. We have been listening and reflecting on what we have heard at these events. We are a peaceful, democratic, civic movement for constitutional change. We invite everyone – near and far – to join us in this work.

Our agenda is anchored in the Good Friday Agreement, and everything we do is framed by its values, principles and obligations.

The people of Ireland have a right to determine their own constitutional future and we believe they should be given that democratic choice. It would be bizarre in the current circumstances if this option was not being discussed and actively planned for.

This may appear obvious, even banal, but it is always worth restating. At a time when the world needs optimism and hope about the potential for peaceful and democratic change, we believe the project of Irish reunification offers a remarkable opportunity.

We are working hard to achieve a unity referendum and to win it. We want this debate to be evidence- based and well informed and we have produced a number of papers to assist with this task.

We place a firm focus on responsible preparation. This island has decisively turned its back on the divisive politics of Brexit.

In pursuit of our democratic aims, we continue to urge the Irish Government to establish a citizens’ assembly as a vital part of the process. We acknowledge the significance of the creation of the Shared Island Unit and associated initiatives. In fact, we want to see this become much more ambitious.

But we believe that it cannot become a substitute for open, honest, and active planning for constitutional change and we reject any attempts to create unnecessary divisions between those advocating reunification. A new and united Ireland will be another way of sharing the island in the future.

As we embark on a series of public meetings in the U.S., we want to acknowledge the role of the United States in supporting the peace process. This robust international solidarity is greatly appreciated in Ireland and will never be forgotten or taken for granted.

We now look once again to our good friends in the U.S. to assist us on the next phase, as we get ready for constitutional change in Ireland. We know that this is a long-cherished objective of Irish people all around the world, we want to get this right. We are now entering the final stages of our journey. At long, long last a new and united Ireland is within reach.