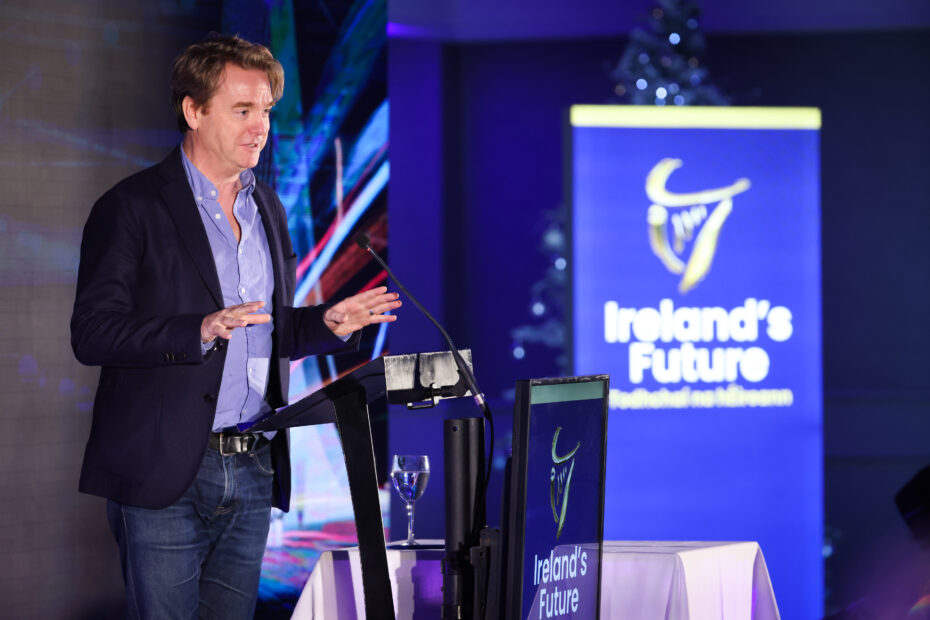 The north of Ireland has everything to gain and almost zero to lose economically from a united Ireland said economist David McWilliams this weekend.

Speaking at a gala lunch hosted by Ireland’s Future at the Crowne Plaza Hotel in Belfast, McWilliams told the audience of over 500 people that demographic change would be a primary driver of economic and political change in the north in the coming years.

McWilliams said: “GDP is almost twice in the Republic of Ireland than it is in Northern Ireland.  Northern Ireland was a net contributor to the UK for the first 25 years of its existence but has been subsidised since the Second World War, while the Free State started poor but the Republic now has a real average income of almost double the North.

Commercial creativity would be the key to the success of an all-island economy and that this would attract foreign direct investment and that there would be substantial gains from an integrated economy, including improved road, rail and broadband infrastructure, said McWilliams.

The multi cultural and cross denominational audience at the lunch, which included leading figures from the business community, cultural and sporting life, elected representatives from the northern Assembly, Dáil Éireann and numerous local Councils, and representatives of trade and industry bodies, also heard from Revered Karen Sethuraman, a member of Ireland’s Future.  She said: “We are all in agreement that the border poll is going to come, whether that be five or ten or more years from now.  We need to recognise that we are bigger than the two communities of Catholic and Protestant and we need to move away from that.  There are people in the middle ground that want to be convinced and we have to shift this conversation about Ireland’s to not solely be politically led but to be people led.”

Secretary of Ireland’s Future, Niall Murphy, said: “This event is part of a series of engagements that Ireland’s Future is undertaking right across the island of Ireland.  We have had public meetings in Cork, Galway and Dublin and further meetings are planned in Armagh next week, Derry and a number of other towns and cities.

“This event was about reaching out to business and industry, the arts and creative sector to facilitate conversation.  In order to grow and prosper, business needs political certainty and economic stability.  The conversations that happened at the event were focused on building consensus on a way forward which ensures prosperity across this island in a manner that cares for all our citizens.”