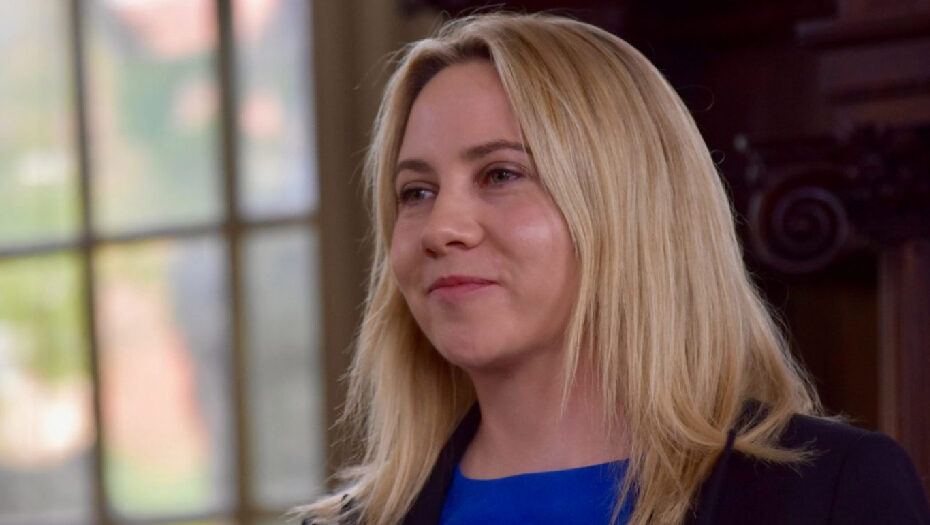 We are pleased to announce that Laura Harmon has agreed to become a member of Ireland’s Future.

Laura is an LGBT and women’s rights activist and was a candidate for the Seanad NUI Panel 2020.

She is a former President of the Union of Students in Ireland (USI) and was the first woman to fill the role in twenty years.

In 2018, Laura was Mobilisation team lead for the ‘Together For Yes’ referendum campaign.

Laura will join the Events group within Ireland’s Future.

“I am delighted to join Ireland’s Future. I am prepared to play my part in the developing conversations around possible constitutional change on the island. I have previous referendum experience and I hope that experience can be useful to Ireland’s Future in the time ahead.

We need a constructive debate across the island to establish the best way forward for all. I hope I can positively contribute to that debate.”